As an elementary school student growing up on Long Island, I (reluctantly) participated in a school sponsored fluoridate program. Fluoridation of community drinking water is a major factor responsible for the decline in cavities during the second half of the 20th century. Its effectiveness in reducing tooth decay was demonstrated in a series of classic observational studies in four pairs of cities (intervention and control) starting in 1945: Grand Rapids and Muskegon, Michigan; Newburgh and Kingston, New York; Evanston and Oak Park, Illinois; and Brantford and Sarnia, Ontario, Canada. As a child, our water came from a well (I still remember how deliciously cool it was in the summer) – so I received fluoride treatments at school.

At some interval (once a week or once a month, I cannot remember because I’d rather forget the toxic brew), we received small cups of liquid and were instructed to ‘swish’ for a minute. The teacher kept count of our participation with an accurate 1970s spreadsheet – a chart with all of our names on the wall.

So why do I bring this up? Schools have long been involved in public health efforts – from TB testing beginning in the 1950s, scoliosis screening, and even dreaded fluoride treatments. So it strikes me as curious that surveillance and testing for COVID-19 is not even mentioned in the CDC school reopening guidelines. In school testing is the only way that reopening makes sense. You don’t see NBA or MLB reopening without a testing plan, do you? Schools should not be any different.

The implementation would be quite simple. Start with the CDC guidelines (link below). Using a modified layout system, arrange a classroom to include students and teachers. Testing would occur Monday, Wednesdays and Fridays and be performed in batch – that is each classroom would combine their samples into a single test. If that pooled sample returns positive, then the entire class and teachers would need to quarantine while each individual is tested.

Too difficult to administer? Nonsense. The FDA has already approved a Rutgers University saliva test. A study at Yale University’s School of Epidemiology and Public Health has already demonstrated the efficacy of saliva in the detection of coronavirus. If I could swish a fluoride treatment in 1977, then we certainly can get kids to spit into a cup in 2020.

Too difficult to track? Also nonsense. A chart on the wall will suffice. And a pencil.

Too expensive? That’s really nonsense. Lets suppose a school of 1000 students with 20 kids and 2 teachers per classroom. That’s 50 classrooms. Lets add 60 ancillary staff (administrators, environmental services, support staff). This makes 53 effective “classrooms” which would be tested 3 times per week for 36 weeks. Currently, tests for COVID-19 are running about $40 per test (although this will reduce significantly over time) so the total outlay for the screening effort for 1000 kids, 100 teachers, 60 ancillary staff for the entire year is $229,000.

In LA County we are currently seeing an average of 19.67 new cases per day per 100,000 population. Applying this population estimate to our hypothetical school would lead to a single positive pooled sample every week and a half (5 testing rounds). So 1 classroom would test positive in 265 tests, thus leading to an additional investigation of 20 samples, costing $800. So we revise our testing cost up an additional $20,000 for the school year (but also we have identified and quarantined the outbreak source!).

This investment is infinitesimal when considered against the massive economic cost of school closures. The Brookings Institute has estimated that for Los Angeles County, one month of closure exacts a total economic impact of $1.5 billion. So the entire year is $13.5 billion. Even more startling is the cost in terms of future earnings. Just four months of lost education costs our children $2.5 trillion in future earnings. That could easily be $10 trillion if schools are closed for the entire year.

But, if you really want to make your head spin, United Health Care’s CEO David Wichmann made over $52 million last year in salary. While some executives have taken salary cuts or deferrals since the economic downturn related to COVID-19, UnitedHealth executives have not. His salary alone would fund this proposed testing program for 111 schools of 1000 children each. 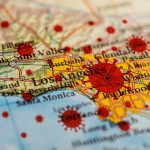 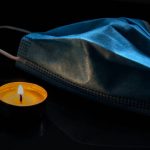 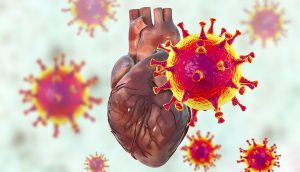 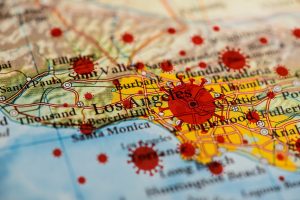