I – like most of you – was completely caught off guard by the @CDCGov guidance this week stating that if you have been fully vaccinated then you can “resume activities without wearing a mask or staying 6 feet apart.” As somebody who has been wearing a N95 for my entire workday since March of 2020, nobody had more reason to be thrilled on an individual level than I.  Except, I wasn’t.

The announcement seemed to catch most municipalities off stride as well, as evidenced both by an initial muted response as well as some very long press interviews by the CDC Director on weekend news programs. California State Health Department and the Los Angeles County Health Department, as you probably know, announced that mask mandates would extend until June 15th, 2021. The same day that our functionally abandoned tier system is officially abandoned.

What is interesting to me is that both the CDC and our State/County/Local Health Departments are wrong. Further, this indistinct messaging (apparently the CDC did not have discussions with hardly anybody in state or local governments about their announcement) is emblematic of how disrupted our public health system has become. Traditionally, the CDC functions in an advisory role and provides expertise. Public health decision-making and communication is the role of the municipal health department. From the outset of the pandemic, however, the Executive Branch essentially discredited them as experts and, so, this most recent communication seems to be an attempt to restore their former luster.

However, neither the CDC nor California State pronouncements make any sense.  Why?  The core issue in public health communication lies in the Venn diagram of personal versus public health and, in this case, the CDC made the wrong call. They have over-emphasized the personal over the collective risk.  Let me explain further. (Side note:  for future reference, this disconnect can be identified when folks start talking about ‘the science.’)

At the individual level, the CDC has set forth a perfectly valid recommendation. In my own clinical experience I have only seen a handful of COVID-19 infections after vaccination. In all of these instances, the exposure occurred 3-4 days after vaccination, well within the 5 week window of safety recommended by Pfizer and Moderna. Interestingly, the J&J vaccine guidance suggests that one is fully protected from infection two weeks after the jab – although the New York Yankees’ experience might make us rethink that recommendation and extend it to five weeks (a topic for another time).

However, at the population level the CDC has completely overstepped their bounds. Any communication of this magnitude needs to be more carefully signaled, explained and then applied. For instance, the CDC could have shared vaccination percentage targets or incidence rate goals or hospitalization metrics as a way to gauge the loosening of restrictions. Instead, they incited a wholesale mad dash for the door that has left some states simply abandoning all mask guidance whatsoever (even among the unvaccinated) or other states (like North Carolina) which had clearly delineated metrics for mask lifting to simply open up.

And it isn’t as if the United States is on its own here – there is a perfectly good example to follow from Israel which has fully vaccinated 56% of its population.  Israel began its vaccination campaign on December 20th, 2020 prioritizing those 60 years of age and above. Cases and hospitalizations in this group peaked around January 10th and from January 15th until February 24th, cases, hospitalization and deaths fell rapidly. Cases then shifted to younger age groups until they too were prioritized for vaccination.

A careful analysis of Israel’s implementation programme was published recently in Nature by Rossman et al (link: https://www.nature.com/articles/s41591-021-01337-2).  The key finding in that paper was:

Currently in the United States, 47.7% of the total population has received at least one dose of the vaccine so we are very, very close to the threshold established by data from Israel (note that some will throw in natural infection rates to augment this number and they aren’t wrong, but the percentage they use is 30-40%. In our clinic under 8% of our population has antibodies consistent with natural infection). However, we must acknowledge that there are significant disparities in vaccination rates – by age, gender and ethnicity. For instance, vaccination rates are 0% for those under the age of 12 – jokingly I have heard people say that the CDC mask guidance includes “don’t have children under 12.”

It is for this reason that California’s guidance also falls short. By establishing an arbitrary date (6/15/2021) for rescinding mask mandates, we again miss an opportunity to link mitigation effort relaxation with measurable outcomes. Instead, we have pushed a community obligation down to the individual level, isolating those who may have legitimate concerns about vaccinations or simply have not had the opportunity to receive one.

Wouldn’t it be much better if we said we would all continue to wear masks until every demographic stratum of our community met or exceeded a 50% 1st dose vaccination threshold? This would best demonstrate the previous CDC adage of “my mask protects you and your mask protects me.” 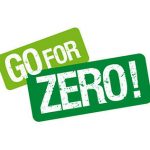 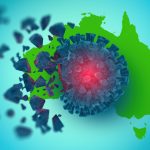 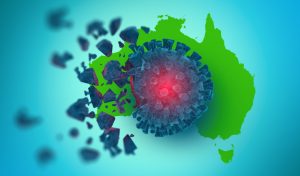 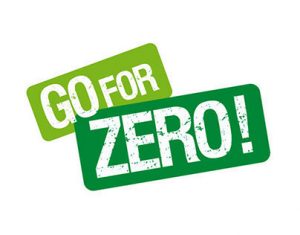