I returned to the office yesterday after Spring Break with my family. During the break we covered two states outside of California: Arizona and New Mexico. To my surprise, masking mandates and adherence were quite different between the two.

Not unexpectedly, Arizona was the Wild West when it came to COVID. Nobody was masked – not restaurant workers, patrons, hotel staff, or anybody else it seemed. Fortunately, the weather was nice, our activities were essentially all outdoors and restaurants had outdoor seating. But after a few days there I noticed that even my usual fastidious mask-wearing had regressed – I began walking into indoor public areas without a mask, especially if I was passing through or only expected to be there for a short time. Arizona lags the United States as a whole in vaccination with only 61.3% of their population having received at least one dose as compared to 65.9% of the total US population. 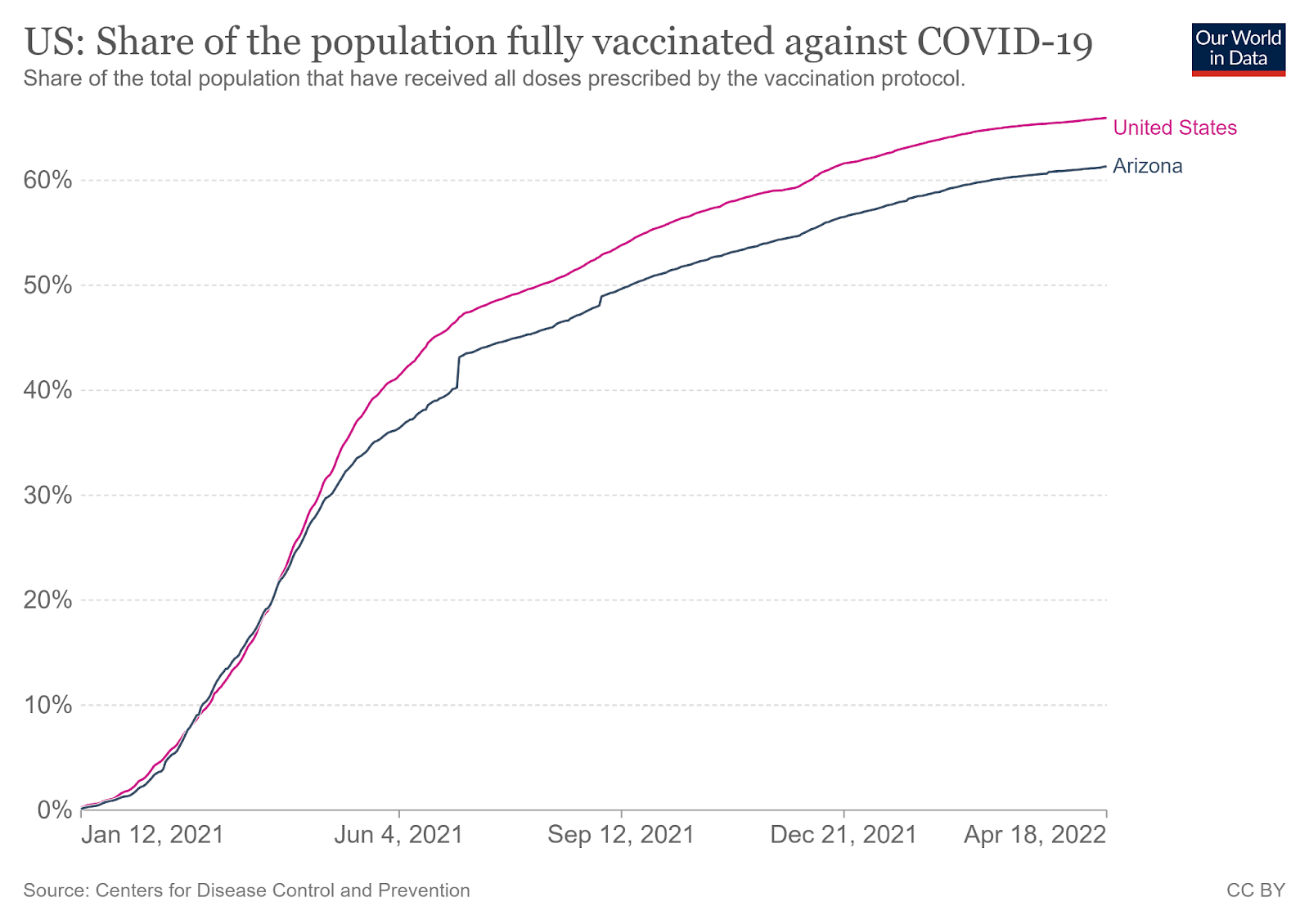 New Mexico was an entirely different story – in Santa Fe, indoor mask mandates remained for businesses, restaurants and museums. Standing on line (outdoors no less!) for museum tickets one morning outdoors while not wearing a mask, I received enough sideways glances that I sheepishly donned my N95. New Mexico’s vaccination rate (at least one dose) exceeds that of the US average at 70.7% 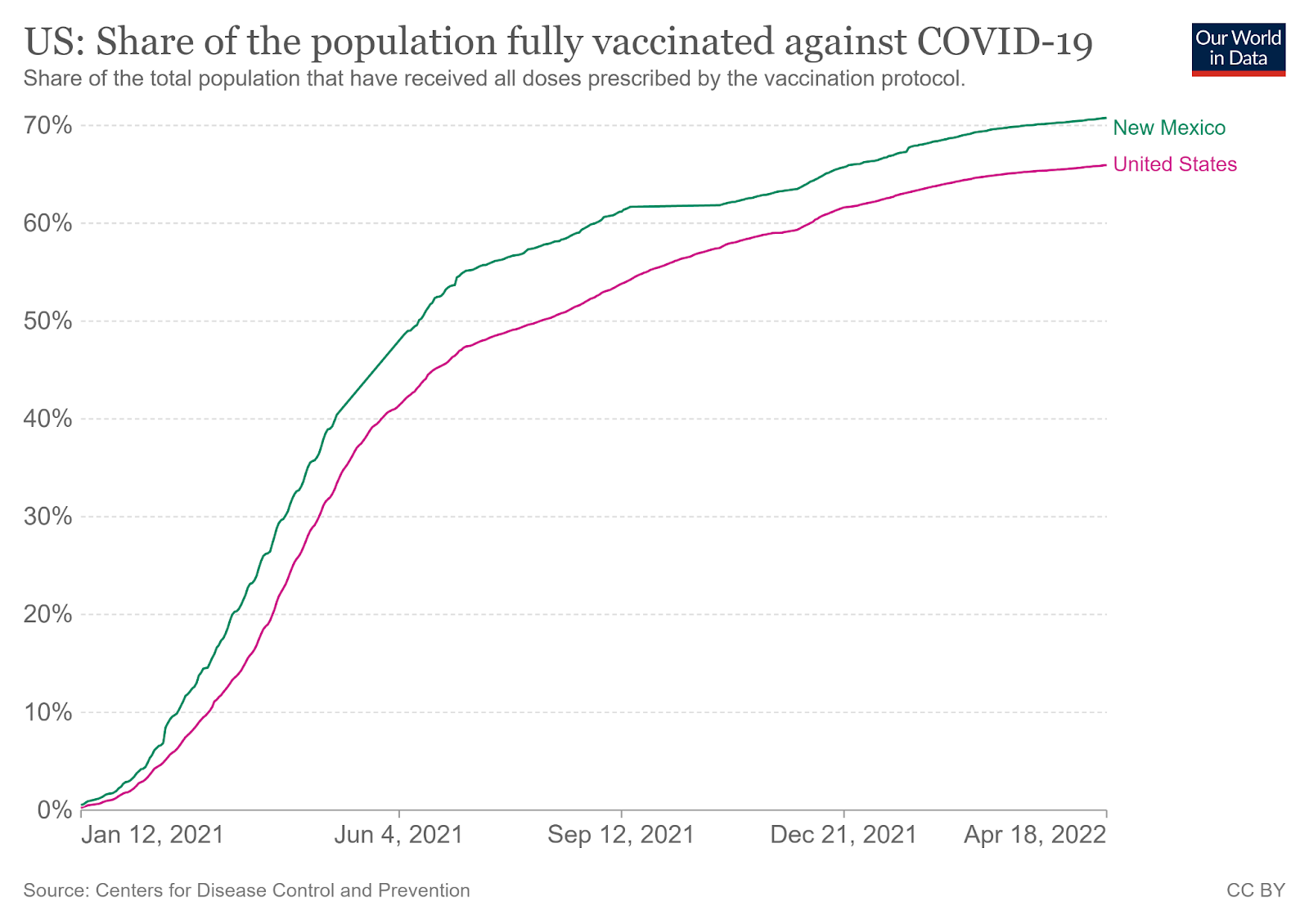 California also exceeds the US aggregate vaccination rate with 71.8% of the population having received at least one dose of the COVID-19 vaccine 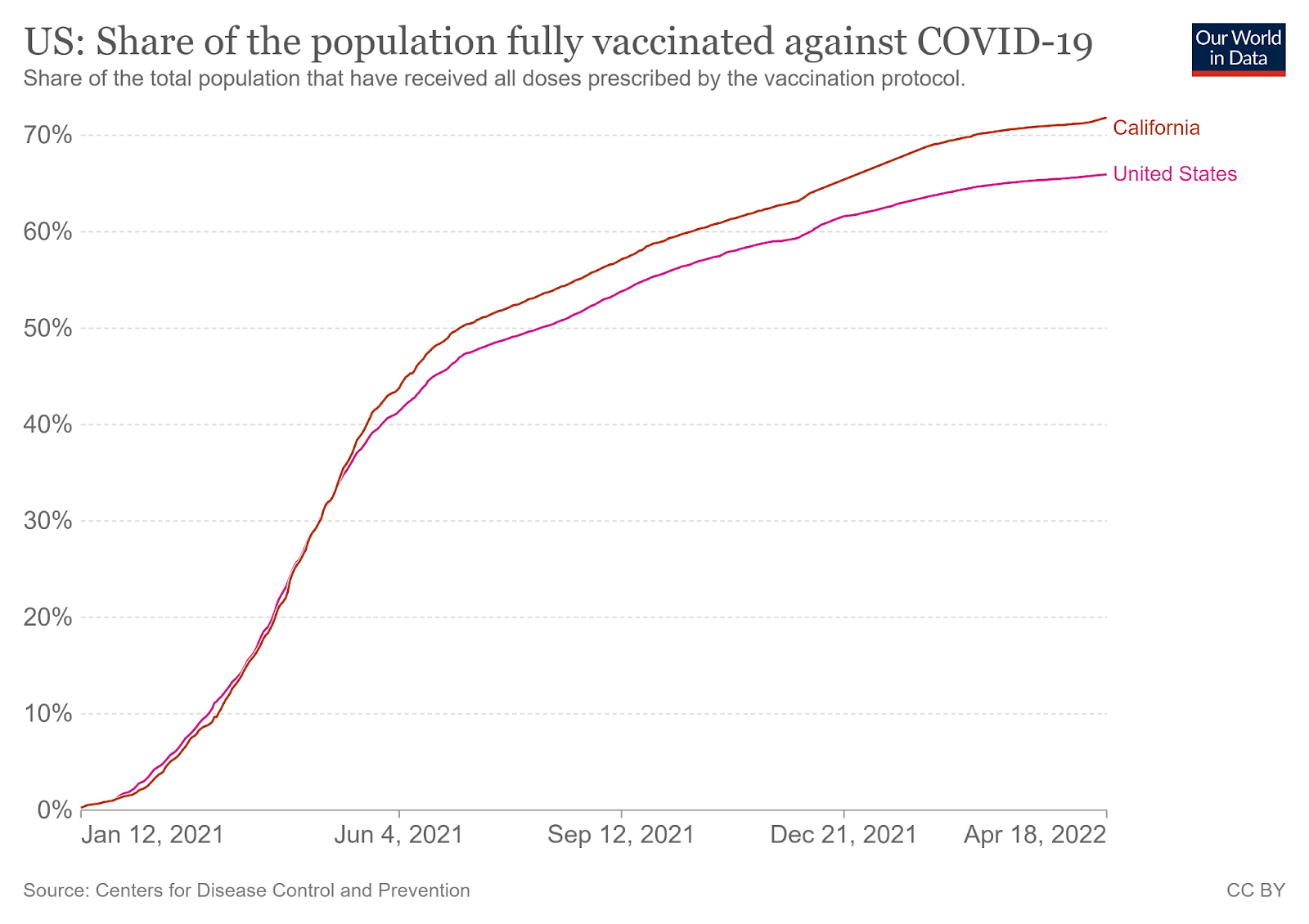 All of these machinations and observations emphasize that risk mitigation efforts and vaccinations are, at their core, community efforts. It seems that the two are interrelated, certainly when it comes to mask wearing behaviors and vaccination rates. It was also sobering for me to realize how quickly I could regress into the general approach of Arizona before being snapped back to attention in New Mexico.

Having promised mathematics at the outset, I will fulfill that promise by looking at the formula used to calculate vaccine efficacy.

The basic formula is written as:

Our reflex, when translating this formula into English, is to, well the vaccine “works” 95% of the time. However, it is mathematically correct to say:

Even in mathematics, we cannot escape that the key concept here is that vaccination (like mask wearing) is a group or population activity leading to protection across that community or population. Simply getting a shot does not eliminate one’s chance of getting the infection or having a breakthrough infection. Instead, the Pfizer COVID-19 vaccine (as an example) markedly reduces the number of cases (symptomatic and laboratory confirmed) experienced among the group vaccinated as compared to our expectation. At the individual level the vaccine itself is either 0% effective or 100% effective. Its utility lies in the aggregate, not the individual.