During medical residency training, much of your time (especially during internship year) is spent ‘presenting’ cases, first to your more senior residents and then to attending staff physicians. This process is, at its core, storytelling with the first part of it answering the essential question of – ‘How did this patient end up here?’

In one memorable exchange, I presented a case of congestive heart failure where, through a combination of missed clinic visits and delayed modification of his treatment regimen, I noted that “the patient failed medical therapy” as the reason for his admission. My attending physician replied, “did the patient fail the therapy, or did the therapy fail him?”

In the past month I have had two cases where Paxlovid, a 5 day antiviral treatment for symptomatic COVID-19, has failed the patient. In each instance, patients ultimately had a full recovery but, rather than the usual 5-7 days, their experience lasted nearly three weeks. One patient was male, the other female and both in their 70s with well-controlled comorbidities (e.g: hypertension, high cholesterol, overweight). Both had a primary mRNA vaccine series and at least one booster (one patient had one booster shot, the other had received a second booster as well). The general timeline for both was as follows:

Day 3-5: Mild symptoms persist, in one instance a patient had a low grade fever as well. No shortness of breath.

Here are the CDC guidelines for home isolation after a positive home antigen test:

“Stay home for 5 days and isolate from others in your home. Wear a well-fitting mask if you must be around others in your home. Do not travel. End isolation after 5 full days if you are fever-free for 24 hours (without the use of fever-reducing medication) and your symptoms are improving.”

The difficulty now seen in these Paxlovid treated cases is one of a bimodal / biphasic clinical infection and one, as evidenced by the two separate positive antigen tests, where the patient is also infectious. This has implications not only for the affected individual but also for their close contacts and the general public’s health. The question is, why did this happen?

Logically there are four possible explanations, but only two are likely:

While options #1 and #2 are logical possibilities and would require additional investigation, they are both highly unlikely. While we have seen the potential for SARS-CoV-2 to mutate into different variants, this process takes months not hours or days making #1 unlikely. In terms of #2, a second unique infection, given the low prevalence of disease we are seeing in Los Angeles currently this is statistically unlikely – the general consensus is that those with a community acquired infection being safe for a re-infection for 3-6 months notwithstanding.

It is important to note that the EPIC-HR study (link: https://www.nejm.org/doi/full/10.1056/NEJMoa2118542) upon which Paxlovid’s FDA EUA was based studied UNvaccinated adults at high risk for progression to severe disease.  A total of 1,039 patients received Paxlovid and 1,046 received placebo (and not monoclonal antibody infusions either). Among these, 0.8% who received Paxlovid were hospitalized or died during 28 days of follow-up compared to 6% of the patients who received placebo.

The Biden Administration today is touting Paxlovid as a ‘miracle drug’ – and it really is not. The real miracle is vaccination which massively reduces the risk of hospitalization, ICU admission, mechanical ventilation and death. No doubt Paxlovid has a role for treatment, particularly among those at higher risk of severe disease (due to age, chronic conditions, obesity for example) – but cases with a bimodal distribution of transmissible SARS-CoV-2 infection are a cause for concern and point to a need for specific study of Paxlovid in vaccinated patients.

Another rare virus puzzle: They got sick, got treated, got covid again 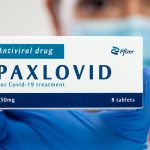 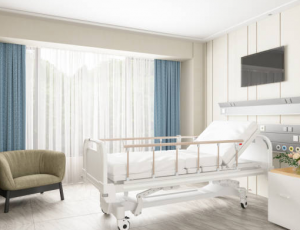 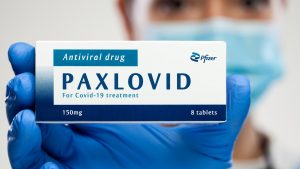 Another rare virus puzzle: They got sick, got treated, got covid again