After a week of robust work in his home President Biden has now tested negative for SARS-CoV-2 and is returning to his regular schedule. In addition to reinforcing this ridiculous notion that Americans should continue to work while sick, the White House stated from the outset of his infection that they would go “above and beyond ” the CDC 5 day guidance in managing his isolation.

To review the current CDC guidelines on isolation (which occurs when an individual is sick and tests positive as distinct from quarantine), the recommended protocol is as follows:

President Biden first tested positive for the virus on Thursday July 21st, one week after traveling to the Middle East. After his working isolation, he subsequently tested negative on the evening of July 26th and again the morning of July 27th, at which time he returned to his usual routine.

In reality, the ‘above and beyond’ protocol followed by President Biden’s medical team is precisely the one we should be following and is the same advice I offer my patients. Rapid antigen tests offer a reasonably precise guide to infectiousness (88% sensitivity when compared to viral culture), as they detect proteins produced by actively replicating virus. There is not a role for PCR in this effort, as PCR testing can remain positive long after an infectious period had passed (this is what got us into trouble about surface spread of the virus, when PCR methodology could detect SARS-CoV-2 on bedside tables in the Diamond Princess back in 2020).

A better summary of the importance of rapid antigen testing in defining isolation duration you will not find than that offered by Dr. Emily Bruce, a microbiologist and molecular geneticist at the University of Vermont:

“If I had to sum it up in one very concise message, it would be that if you’re antigen positive, you shouldn’t go out and interact closely with people who you don’t want to be infected.”

In my clinical experience most patients test negative between Day #7 and Day #10 after their first positive test. We do have rare cases of continued positive antigen tests to Day #11, #12 and even #13 but this is a <1% occurance. The addition of Paxlovid as a treatment tool further complicates matters as a rebound phenomenon can lead to positive tests at Day #14 or as far out as Day #23 (the longest I have seen). Antivirals change the dynamics of symptoms (people feel better faster), the immune response and transmissibility. So awareness of the potential a Paxolvid rebound should be on the forefront of President Biden’s medical team – presumably he is tested daily so if such occurs, they would have immediate insight into such and again resume his isolation.

A recent study by Boucau et al has shown that a significant percentage (25%) of those infected with the Omicron variant remain infectious after 8 days. In the study, patients with newly diagnosed COVID-19 underwent serial nasal swabs correlating antigen testing (BinaxNow assay was used) to viral load and viral culture (the latter two are gold standards of infectiousness, but not viable tests to be deployed at the population level due to the cost and technical expertise required).

The authors found that the duration of shedding viable virus lasted for an average of 6 days with an interquartile range of 4 to 8 days. In other words, 25% of those studied had no transmissible virus at Day 4, 50% had none at Day 6 but 25% remained infectious at Day 8. The longest observed infectious periods were 16 days for a Delta variant and 14 days for an Omicron variant. Interestingly there was no difference in infectiousness duration by vaccination status (unvaccinated versus vaccinated versus boosted).

“The facts of how long people are infectious for have not really changed.  There is not data to support five days or anything shorter than ten days of isolation.”

That is, unless, you employ once or twice daily rapid antigen testing after Day #5, which is exactly what President Biden’s team did. As we should all be doing, in fact. 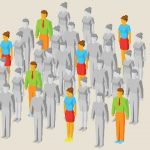 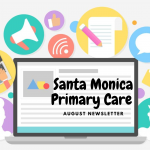 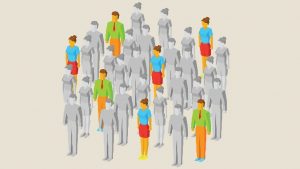 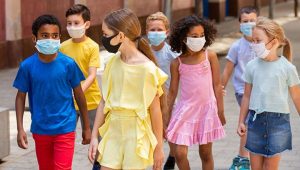