With the CDC now declaring monkeypox (after New York and California had already done so) a public health emergency, now seems like a good time to discuss this infection – covering its epidemiology, routes of transmission and origin.

Monkeypox is not a new disease but can be considered at this point to be emerging / re-emerging. It was first identified in 1970 in the Democratic Republic of the Congo and was found to be caused by a virus related to smallpox. Clinically, the disease resembles smallpox but is milder. It has about a 12 day incubation period (time from exposure to development of symptoms – something which can hinder containment measures) after which patients can develop a fever, headache, muscle aches and lymph node swelling. Then, 1 to 3 days later, a rash appears on the face, chest and trunk which evolves to include vesicles and the characteristic pustules. This is like smallpox (but different from chickenpox) where all the rash lesions are in the same stage. When the rash heals it often leaves scars.

The monkey part of monkeypox is a misnomer, as rodents (especially squirrels) are believed to be the most important natural reservoirs in central and west Africa, often in proximity to tropical rainforests. During May and June of 2003 there was a cluster of 71 human monkeypox cases in the United States across six states (Wisconsin, Indiana, Illinois, Missouri, Kansas and Ohio). All of these cases had contact with an infected prairie dog which had been in contact with rodents shipped to the US from Ghana (specifically Gambian rats and deer mice). While there were no human cases identified from contact with the African rodents, monkeypox was spread from these rodents to the prairie dogs staying in the same Illinois facility. A total of 93 prairie dogs were traced from the Illinois facility to 6 states and all 71 human cases had contact with an infected prairie dog. There were no cases of human-to-human transmission. The epidemic terminated in early July of 2003.

The re-emergence of monkeypox has been predicted for some time and is related to two primary factors.  The first, and one common for many zoonoses, is the encroachment of human populations into rainforests, bringing them in closer association with rodent hosts. In fact, in 1996-1997 Medicines sans Frontiers reported an outbreak of monkeypox with over 500 cases that may have been facilitated by an ongoing war which forced many individuals to seek refuge in the forest. The second factor is the discontinuation of routine smallpox vaccination in most African countries between 1981 and 1985, after the elimination of smallpox. We know that smallpox vaccine is effective in preventing monkey pox and when breakthrough cases do occur, they are milder and have fewer pustules than unvaccinated individuals (sound familiar?).

Studies of monkeypox in the 1970s and 1980s had shown only occasional human-to-human spread of infection, and usually not beyond two generations. Now, however, the longest documented chain of transmission has risen from 2 generations in the 1980s to up to 6 to 9 successive person-to-person infections. This may be due to declining smallpox immunity or a change in the virus itself.

Monkeypox is far less infectious than smallpox. Nevertheless, human-to-human transmission can result from close contact with respiratory secretions and skin lesions of an infected person. Contact with objects, fabrics (clothing, bedding or towels) and surfaces that have been used by someone with monkeypox may also lead to viral spread. Transmission via respiratory particles usually requires prolonged face-to-face contact. Transmission can also occur via the placenta from mother to fetus or during close contact during and after birth.

Since early May 2022, monkeypox cases have been reported from countries where the disease is not endemic. In fact, most confirmed cases initially had a travel history to countries in Europe and North America, not West and Central Africa. To date the WHO has tallied over 25,000 cases of which 5,874 have been diagnosed in the last 7 days (link: https://extranet.who.int/publicemergency/#).

Most reported cases thus far have been identified through sexual health or other health service facilities and have involved mainly, but not exclusively, men who have sex with men. Thus far, there has not been an identification of a new mechanism of monkeypox spread via sexual transmission, it remains the case that monkeypox can be transmitted through prolonged physical contact – including intimate sexual contact. As the Infectious Diseases Society of America (ISDA) has stated succinctly:

“Most concerning is that stigma and discrimination continue to help drive this outbreak. Our public health education, messaging and reporting must be clear. Monkeypox is spread by close physical contact. No one community is biologically more at risk than another. “

The smallpox vaccine, as alluded to above, is protective against monkeypox, with up to an 85% estimated efficacy if given prior to exposure. There are two available vaccines, ACAM2000 and JYNNEOS. Both are live vaccines but the JYNNEOS is non-replicating and, as such, has fewer side effects. The vaccine can also be given after monkeypox exposure but must be given within 4 days of exposure to prevent disease. Giving it between 4-14 days can reduce symptoms, but not prevent disease.

Currently, the IDSA has urged physicians to follow the “Identify, Isolate and Inform” strategy to help stop the spread of the virus. Identification occurs by recognizing the typical features of monkeypox which include fevers, muscle aches, lymph node enlargement and rash. The rash is particularly characteristic and tends to be concentrated on the face and extremities. Further, the skin eruptions are all at the same stage of development at a given time, unlike chickenpox, which has vesicular lesions that erupt at different stages. Specific procedures for sample collection in suspected monkeypox cases have been outlined by the CDC (link: https://www.cdc.gov/smallpox/lab-personnel/specimen-collection/specimen-collection-procedures.html). Cases should be reported to the local health department and then  appropriately isolated until the infectious period has passed (once rash has scabbed over and scabs have fallen off – about 2 weeks for pustules to scab and another week for the scab to fall off – in total about 3 weeks).

Lastly, in terms of treatment there are two antivirals, Tecovirimat (TPOXX) and cidofovir (Vistide), available for the treatment of monkeypox in an outbreak under CDC Expanded Access Investigational New Drug Protocol status. Additionally, Vaccines ACAM200 and JYNNEOS (also known as Imvamune or Imvanex) have been shown to be effective for post-exposure prophylaxis if given within (as noted above) 4 days of exposure.

For a balanced perspective on the future of monkeypox, the following from Dr. Nicholas Christakis is worth watching (link: https://www.youtube.com/watch?v=03cRJMpK4rA).

At its core, monkeypox does not have the same relative ease of transmission as does COVID-19 and, as such, would not be expected to generate the same volume of cases. Nevertheless, there is a long incubation and recovery period with significant discomfort associated with the infection making it a critical public health issue. Lastly, it is important to note that while we are seeing initial cases primarily among men who have sex with men, one should not get involved in the “is it a STI discussion?”. I would approach a framing of monkeypox in a manner similar to MRSA (multi-drug resistant Staphylococcus aureus) which was seen initially in hospital-acquired infection but thereafter was identified among men who have sex with men. This led to questions and assumptions about the role of sexual behavior in the outbreak. It was not long before community-acquired MRSA was noted in other communities that engage in close physical contact, including athletes where it could be spread by contaminated gym equipment and towels. 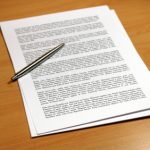 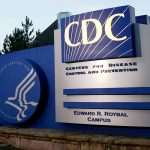 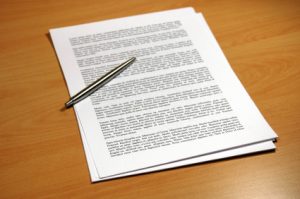