Today’s blog post is in response to Dolly Hodes’ question about studies that have “examined how vaccination protects the unvaccinated.” Her specific question was – “does vaccination reduce community transmission” and, second,  “does any protective effect change over time”? For those that live in households with children that cannot receive the vaccine or perhaps a family member that would not respond to a vaccine (due to underlying immunosuppressive disease or medication), this series of questions is of particular interest in knowing how best to protect them.

So does vaccination reduce community transmission?  This question has been evaluated at the population level by Milman et al. article published in Nature Medicine early June 2021 entitled “Community-level evidence for SARS-CoV-2 vaccine protection of unvaccinated individuals” (link: https://www.nature.com/articles/s41591-021-01407-5). It has specific applicability to children who were not eligible to receive the vaccine during the time period studied (9 December 2020 to 9 March 2021). In this study they looked at 177 communities (out of 246 eligible based on the number of tests and people) that had a low (<10%) infection rate. While this would seem to introduce some selection bias, the authors were attempting to eliminate or minimize the protective effect of community acquired infection, which could otherwise mask the effect of vaccination. The 10% threshold is a reasonable one – in my Santa Monica based practice we have a seroprevalence of natural infection antibodies of 7.8%.

Now the delta variant throws a wrench in what would otherwise be a neat, logical line of biologic consistency. And I think it is important we acknowledge the mess delta creates, rather than trying to tell an entirely cohesive story. A number of studies have shown that the viral load, and by extension, the infectiousness, of the delta variant is indistinguishable between the vaccinated and unvaccinated (link to my favorite study showing this: https://www.thelancet.com/action/showPdf?pii=S2589-5370%2821%2900423-5). This observation fits with what I have seen in clinic with rapid tests that produce a very dark line among those with positive tests as delta became predominant in Los Angeles, as compared with a more faint line with prior variants.

Although the initial viral load with delta is equivalent between vaccinated/unvaccinated, there is some good news associated with vaccination in the era of deta.  A recent study of 218 participants (130 mRNA unvaccinated, 71 vaccinated, 13 with only one dose, 4 with non-mRNA vaccine) in Singapore (link: https://www.medrxiv.org/content/10.1101/2021.07.28.21261295v1) all with delta variant showed a faster rate of viral load decline among the vaccinated as compared to unvaccinated. Of interest, both groups started at an equivalent viral load at the time of diagnosis (measured by Median Cycle Value on PCR: 18.8 for vaccinated and 19.2 for unvaccinated) as well as with symptom onset (21.9 vaccinated versus 19.2 unvaccinated).  However, among those that had received the vaccine a identifiable lower viral load became apparent as early as day 5 of illness, dropping sharply by day 14 (Figure 1 below). This pattern of a shorter duration of viral shedding, according to the authors, “may allow a shorter duration of isolation for vaccinated individuals” and further “it seems likely that vaccination reduces secondary transmission.” Certainly in my (limited) clinical experience with vaccinated to vaccinated delta variant spread, there is a rapid termination of transmission even within a household.

o address the second question of how the efficacy of vaccination changes over time  (e.g., after 3 months, 6 months, 9 months), I think we simply do not yet have the studies of sufficient duration to confidently address such but can begin to draw some conclusions of how that might look moving forward.

Starting with a Nature paper published in January 2021 (link: https://www.nature.com/articles/s41423-020-00588-2), we have evidence that there is significant clinical protection and strong neutralization of SARS-CoV-2 virus above a threshold level of spike protein (which is induced by vaccination but in this study generated by confirmed community-acquired infection). An August 2021 JAMA article showed a demonstrable antibody response to mRNA vaccination among healthcare workers sampled between 6 and 10 weeks after a two-dose vaccine series (link: https://jamanetwork.com/journals/jama/fullarticle/2783797). This is good news, as long as you have robust and detectable antibodies.

However, a September 2021 study from Estonia demonstrated a steady decline of these antibody levels among vaccinated individuals (link: https://www.sciencedirect.com/science/article/pii/S266677622100185X?via%3Dihub). In this study of 122 volunteers, antibody levels declined at 12 weeks and then further degraded at 6 months post-vaccination, indicating a waning of the immune response over time. At 6 months after the second dose, the Spike antibody levels were similar to the levels in persons vaccinated with one dose!  A long-term follow-up of vaccine trial participants has revealed a gradual decline in the Pfizer vaccine efficacy after 4 months and beyond with peak efficacy from 7 days to less than 2 months post-vaccination (link: https://www.nejm.org/doi/10.1056/NEJMoa2110345).  Similarly for the Moderna vaccine, neutralizing antibodies drop considerably by 6 months, and some individuals had weak, and in some cases no, neutralizing activity (link: https://www.science.org/doi/10.1126/science.abj4176).

Still, there are limited clinical data on waning immunity after COVID-19 vaccination and since COVID-19 vaccines only began to be used in the general population early 2021, studies are naturally truncated in their ability to determine the effect of time on vaccine effectiveness. It is important to consider that future emerging variants of concern could evade vaccine-induced immunity enough to result in high rates of severe disease – although we have not yet seen this occur.

So what conclusions can we draw here?  Well we know from a study in our own backyard that the majority of SARS-CoV-2 infections in Los Angeles County are occurring among those without vaccinations, although breakthrough infections are not uncommonly reported.  From May 1–July 25, 2021, among 43,127 SARS-CoV-2 infections in residents of Los Angeles County, California, 10,895 (25.3%) were in fully vaccinated persons, 1,431 (3.3%) were in partially vaccinated persons, and 30,801 (71.4%) were in unvaccinated persons. But, as we have seen time and time again, vaccination significantly reduces the risk of severe disease and hospitalization so while infection rates among unvaccinated persons were 4.9 times more likely when compared to those who had received a vaccine, hospitalization were 29.2 times higher (link: https://www.cdc.gov/mmwr/volumes/70/wr/mm7034e5.htm?s_cid=mm7034e5_w).

So we can conclude: 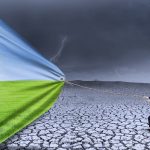