Lurking underneath the calls for rescinding mask mandates and a general loosening of COVID-19 public health mitigation efforts are proponents of “natural” immunity. This is not a term I am particularly comfortable using, as it implies a benign nature of acquiring antibodies towards SARS-CoV-2. COVID-19 cases, certainly prior to vaccinations and boosters, were anything but benign and have caused over 900,000 US deaths in the past 23 months.

One of the strongest proponents of such is Dr. Martin A. Makary who is affiliated with the Department of Surgery at Johns Hopkins University in Baltimore. In addition to characterizing natural immunity as an equivalency to vaccine-induced immunity. He has gone so far as to promote policy geared at ‘natural immunity’ namely rescinding vaccine requirements among those who have been previously infected. But, unlike others who have espoused this viewpoint, he and colleagues have actually put together a clinical study which was recently published as a Research Letter in JAMA (paper link: https://jamanetwork.com/journals/jama/fullarticle/2788894). So kudos to him for putting his time and effort into something he thinks is true.

The paper starts off promisingly enough, wherein he does endorse anti-spike antibodies as the first line of defense against SARS-CoV-2. Two specific types of antibodies are considered when discussing immunity to SARS-CoV-2. First, the nucleocapsid antibody which is made when one is exposed to the virus in the community. A positive nucleocapsid test indicates recent or prior infection but is not elicited by any currently available vaccines. The second antibody is the spike protein antibody which is specifically induced (targeted) by vaccines. Sometimes a weak spike protein response will be seen through community acquired infection as well. Primarily the spike protein level is used to detect antibody responses to SARS-CoV-2 vaccines. So, to elaborate a bit on what Dr Makary and his colleagues leave unsaid” “anti-spike antibodies, the first line of defense against SARS-CoV-2 are preferentially and more robustly produced via vaccination than natural infection. Italics are my addition to the sentence.

The paper breaks down in the first sentence of the Methods.

“Healthy adults who reported no SARS-CV-2 vaccination were recruited via 1 public Twitter post and 1 public Facebook advertisement.” Rather than undertaking a sampling strategy that would more likely recruit a study population representative of the US populace, they rely on social media and a “weighted random sampling” to produce three paltry groups of 246 to 295 participants. This leaves a very troubling and decidedly non-random group on which they base their conclusions. Let’s look at ethnicity: 82% White in the study (US: 58%), 13% Hispanic (US: 19%), 2% African-American (US: 12%). The study population was far more likely to have attended college at 64% (42% is national average).

Unsurprisingly, rates of mask use among study participants was far lower than the general US population. A total of 56% of respondents reported wearing a mask ‘never’ or ‘rarely’ which is in stark contrast to a McKinsey survey where 75% reported at least weekly use of a mask (link: https://www.mckinsey.com/featured-insights/americas/survey-in-the-us-people-say-their-use-of-masks-may-endure).  So we are left with a frightfully flawed study population. And that’s the good news.

A total of 1580 individuals were ‘invited’ to undergo serologic testing – which in practical terms meant that they were directed to their local LabCorp draw station to have spike protein levels drawn. A total of 816 (52%) did so which calls the sampling into question further. No data are presented to compare the demographics and habits of those participating from those who do not participate – something easily presented and analyzed, but represents a glaring oversight that should have been addressed by JAMA Editors.

So now we get into the nitty gritty of the data, and things only get worse. The authors divide the study population into three groups: “COVID confirmed” (had it and a positive test), “COVID unconfirmed” (believe they had it, never got tested – a very problematic category), and “COVID never” (believes they never had it and never tested positive). In the final group it would have been helpful to know how many times they recalled being tested.

Undeterred by these flaws, the authors press forward and submit the following graph and regression line to show the ‘durability’ of spike protein antibodies after infection. As kids say these days, I have questions.

Where to start? First of all observations are just scattered all over the place so how one would draw a line through it, slap on a p-value and call it good is beyond me. Take a step back, and look at the graph again.  Here’s a Pollock painting to clear your visual palate.

Here’s what is really baffling, look at the antibody levels on the far right.  Among those with confirmed COVID (99% positivity rate, the only group this study really got right), the average number of days since diagnosis was 261 (range: 56-387). But look to the left of 56 days and then look to the right – the scatterplot of observations is essentially the same. How is this even possible? Antibody levels (including IgG which is the basis of the assay used in this paper) rise 2-3 weeks after infection leveling off by week 4. Yet the JAMA paper has RBD levels in the 500-2500 range from nearly time 0. In addition to being biologically implausible, the authors make no explanation of this phenomenon or try to account statistically (called ‘censoring’ observations) for what is clearly bad data.

The use of a log scale is a nice visual trick too – would be interesting to see how the observations look on a non-transformed graph. 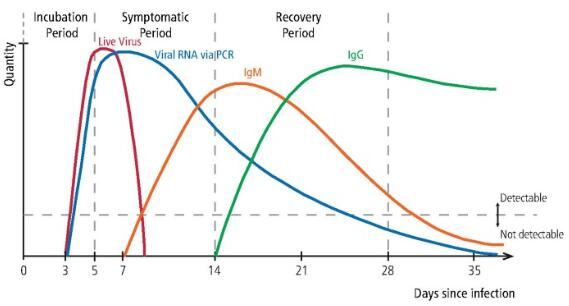 Lastly, returning to the graph presented in JAMA, look carefully at the density of dots in the left, middle and end of the graph. There are a huge cluster of observations between day 0 and day 50.  Then another high density between 200 and 325 days but very few after day 450. Despite this, the authors confidently draw their line all the way to day 650 – although the widening error bar does betray the decreased degree of confidence in these observations.

To be fair, the authors do list the limitations of their study in a paragraph that is longer than any in the Results. These are:

The authors go on to say that “it is unclear how these antibody levels correlate with protection against future SARS-COV-2 infections, particularly with emerging variants. The public health implications and long-term understanding of these findings merit further consideration.”

Not sure how Statement 2 follows Statement 1. Indeed, it is unclear how these levels correlate with protection – both for prior, current and emerging variants. However, this study design and these findings are so haphazard and taken from a clearly biased sample of convenience, that I’d be hard pressed to consider them further.

For an example of how an actual serologic study with proper population-based sampling should be done, see the excellent work of Rafael Assis and colleagues: https://www.nature.com/articles/s41541-021-00396-3

Their conclusion? mRNA vaccination rapidly induces a much stronger and broader antibody response than SARS-CoV-2 infection. 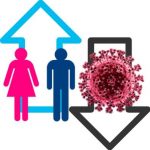 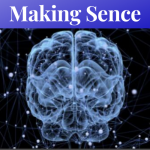 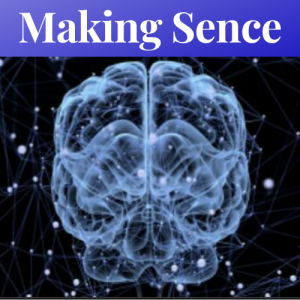 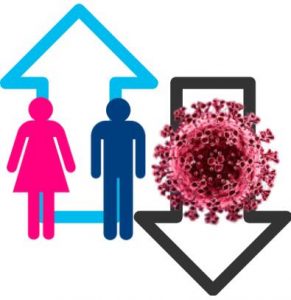