It is increasingly difficult to ascertain the contours of the COVID-19 epidemic / pandemic / endemic event in Los Angeles County due to profound shifts in how the Health Department…. 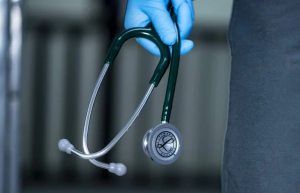 It is increasingly difficult to ascertain the contours of the COVID-19 epidemic / pandemic / endemic event in Los Angeles County due to profound shifts in how the Health Department collects and tracks testing data. Until recently, case counts could be considered to be fairly accurate as most individuals tested via PCR or rapid antigen test at a medical center or via a laboratory with mandated reporting. Even through the Omicron surge, case counts in the County were more or less reflective of the underlying population trends as (unfortunately) there was a shortage of rapid antigen tests. So rather than testing at home, folks still needed to go to a testing center, medical office or through a reporting laboratory.

As it stands now, most cases (I would imagine at least 50%) are ascertained via home testing and are never reported to the County Health Department by their own case reporting rules. If, for instance, a patient calls my office and lets me know that they are symptomatic and have a positive test – even this is not reportable to the Health Department. If I prescribe them Paxlovid or arrange for monoclonal antibodies?  Still not reportable.

Nevertheless, upon logging into the County Health Department’s COVID-19 webpage, the following information is presented: Case Count, Testing, Testing Positivity Rate, Deaths, Death Rate, and Hospitalizations. Other than Deaths, one could argue that all of the remaining measures are highly skewed. Of concern is that the County (unlike case and testing numbers) does not publish raw hospitalization numbers but instead only provides a graph. Further, there is no discussion of whether or not hospitalized cases are there primarily due to COVID-19 infection or if such is an incidental finding as part of routine surveillance. The profoundly good news is the continued decline in mortality rates, even in the face of rising cases (Figure 2 below). The County-wide mortality rate due to the infection is now 0.014 daily deaths per 100,000 population. At its highest for the week of 1/10/2021, this rate was 2.79. Expressed differently, for every person that dies in the County today from COVID-19, there were 200 that died in January of 2021. So what is going on in the County then, in terms of caseload?  One potential clue is from school surveillance data which has been ongoing in Santa Monica / Malibu since the beginning of this year (Figure 3).  One can see that these data seem to be a bit ahead of the County-wide graph which would make sense as both symptomatic and asymptomatic cases would be ascertained. Illustrating such, is that the highest case rate was seen January 1st in the school district but not until January 11th in the County.

Santa Monica / Malibu Unified School District has noted a steady rise in cases since mid March (note the data gap from April 2-18th due to Spring Break). That upward trend has continued taking the prevalence of positive cases from 0.04% March 5-12th to 1.01% May 9-15th. At that point in time, there was a shortage of home tests so the incidence case rate for the County was a more accurate reflection of the true rate. With school prevalence of 9% this translated to a County-wide rate of 453 new daily cases per 100,000. Extrapolating to this most recent week, a school prevalence of 1% should mean a population rate of 50.3 new daily cases per 100,000.  The County is reporting half of that at 23.4.

Wastewater surveillance is telling a similar story, at least that the Hyperion plant in Los Angeles. Data collection of gene copies per Liter of wastewater began in early February (Figure 4 below). But similar to the school surveillance detailed above, the lowest gene copy levels were seen Feb 27th (6,579 copies) and March 8th (7,718). This copy level has climbed steadily (with the exception of one outlier on 3/29) and now stands at 216,240. It would have been more helpful to correlate these values with measurements obtained in January of 2021 during the Omicron surge. So what can we conclude? First, the current caseload reported by the County is inaccurate by at least 2 fold. However, even with this rate adjustment the number of cases are far below that of the January Omicron surge. There is evidence from school surveillance and wastewater that these numbers will push even higher, given the expected lag in case reporting. Despite such, mortality rates continue to decrease which is likely the conjoint effect of vaccination, booster shots, typically mild disease from Omicron subvariants, early detection and early initiation of treatment.

Of course nobody wants to get the infection – but the impact of SARS-CoV-2 in terms of severe disease and mortality has been significantly blunted. Contact tracing efforts would better delineate the extent of transmission (my supposition has been that those who are vaccinated/boosted and treated are not particularly good vectors of spread) as well as the potential role of ‘superspreaders’ at large gatherings. However, the County Health Department has never shown much zeal for this most basic of Public Health activities (current contact tracing is at about 20% and about 85-90% is a reasonable metric for complete case ascertainment). Until somebody decides that it is worth doing contact tracing, we will continue to wonder why some folks get exposed and do not develop the infection (even in close contact, like a household) yet dozens will fall ill after a single celebratory gathering.

29 June 2022 Blog Post: On SCOTUS an the Dismantling of Women’s Health

Dr. Philip Bretsky No Comments
29 June 2022 Blog Post: On SCOTUS an the Dismantling of Women’s Health While last week’s decision to roll back

Dr. Philip Bretsky 2 Comments
24 June 2022 Blog Post: Overturning Roe v. Wade On May 3rd I wrote a blog about the, then, leaked